How do you left justify text in ISLE?
In CSS, it would be text-align:left,
but I know in ISLE it uses camelcase instead of dash, so I tried:

but that doesn’t do anything.

I tried pulling up the style menu: 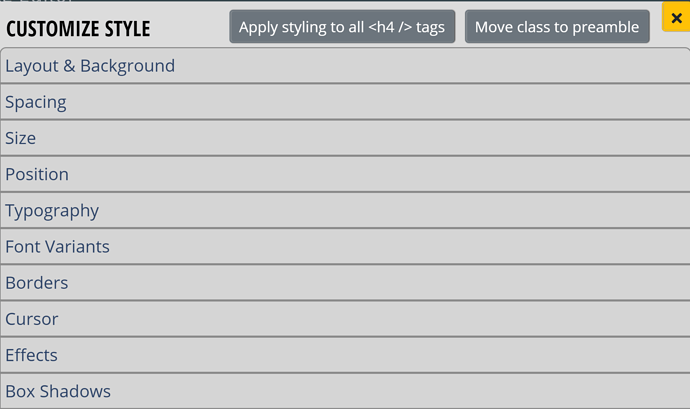 (And by the way, I find that style menu confusing)

Aha, I found it, it’s in “typography” (because, of course it is, since you’d expect it to be in the menu called “position”